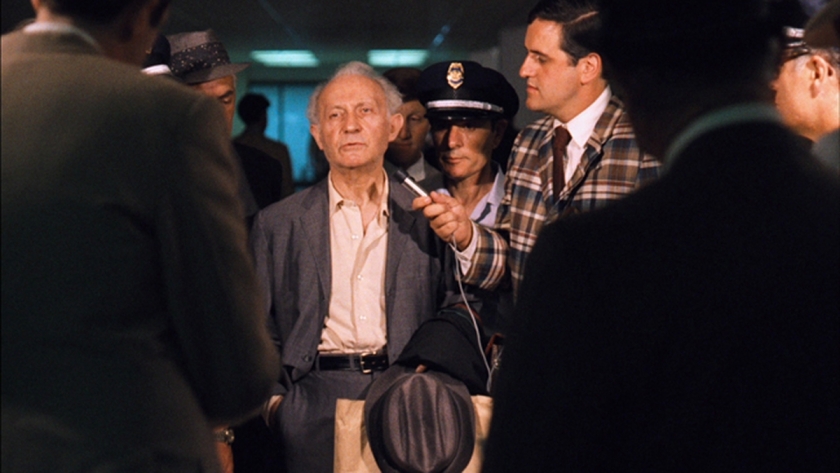 Well, it’s been a long while since I watched ‘The Godfather Part II” for the very first time. Presumably in our teenage days, when boys were fascinated by the rebellious lifestyle of those gangster bosses on screen, eagerly watching flicks like ‘Goodfellas’ or ‘Casino’. The legendary classics, so to speak. Certainly, back then I wasn’t old enough to fully grasp what it meant to be an Italian, Irish or – slightly less obvious – Jewish gangster in American cinema. This exactly is the initial point, which the talk “Kosher Nostra – Screening the Memory of the Jewish-American Gangster in The Godfather II” by film scholar Dr. Jonathan Munby last Thursday wanted to approach. The senior lecturer of Lancaster University and fellow of the renown Du Bois Institute at Harvard was invited by the Leo Baeck Institute to take part in its lecture series ‘Film Talk: The Jewish Villain’ at the Wiener Library London. Convincingly he carved out the clash of fiction and reality in the representation of Jewish-American gangsters throughout the 20th century with great emphasis on the year 1974 – marking the birth of “The Godfather Part II”. 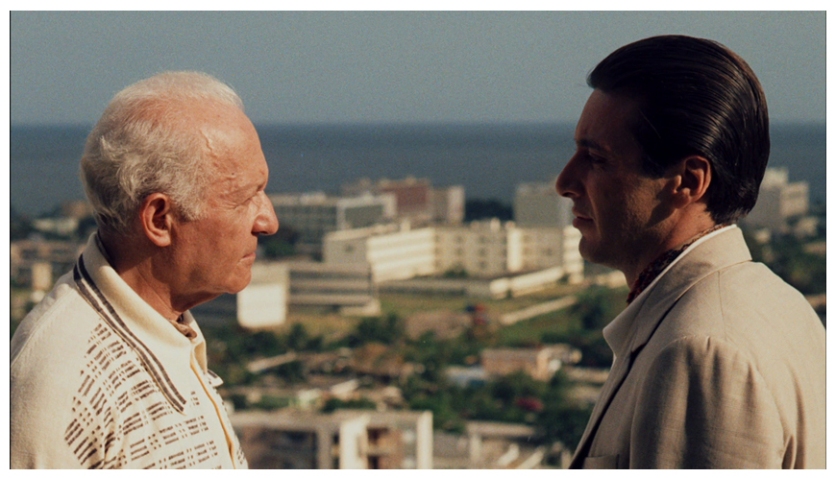 Thematically, the second part of the Godfather trilogy dissociated itself from its successful predecessor. With the introduction of Hyman Roth (played by Lee Strasberg) as one of the main characters, a Jewish investor and surviving business partner of the Corleone crime family, two contrasting criminal ideologies become visible. The Italian gangsters, traditionally persisting on the control of their local area and publically showing off their wealth contradict Roth’s aspiration for power and money by rather keeping a low profile. Unlike the codex of ‘la famiglia’, he intends not to keep the crime business solely within his ranks, but considers moving ‘out of the neighbourhood’ to reach for the big money places of Rhino or Las Vegas. Indeed, many Jewish gangsters of the early 20th century conceived the ‘mishpacha’, the Hebrew term for ‘family’, not as an ethnical root, but rather as an ironic equivalent for the Italian clan ties. Munby describes Hyman Roth as some kind of puppet player, who secretly pulls the strings of his henchmen, while adopting his role as the new father figure to Michael Corleone (Al Pacino), who assumed as head of the crime family from his assassinated father Vito. Presenting himself as the quiet middle-class man on the outside, he simultaneously epitomises the multi-millionaire crime boss, who aspires to murder his young protégé Corleone. This part of Roth’s character in the Godfather is loosely based on the life of Meyer Lansky, who co-developed the ‘National Crime Syndicate’ in the US. Similar to his cinematic image, Lansky flew under the radar of crime detention by pretending to be a harmless retiree in his later years. With a twinkling eye, Munby pointed out that this strategy implied a feature that distinguished him from glamorous public figures like Al Capone, Bugsy Siegel or Mickey Cohen – he lived a long life and eventually died a natural death. Albeit, I doubt that those mentioned ‘crime-superstars’ would have had an interest in casting their riches aside for a few more healthy years in impoverished conditions like Lansky. 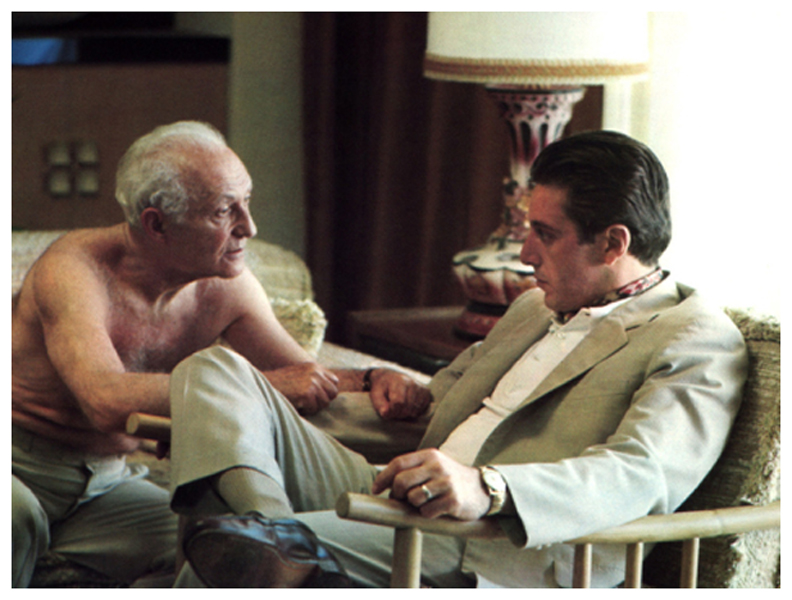 Once upon a time in the West, Goodfellas, The Godfather II, Casino, L.A. Confidential, The Departed – just to name a few outstanding movies involving Jewish-American gangsters of the last four decades. Bearing this list of Hollywood classics in mind, lecturer Dr. Jonathan Munby raised one question most notably: Why did these characters suddenly disappear from American cinema of the post-1940s and eventually made a re-emergence in the early 1970s? First of all, it is important to note that the ‘Jew’ itself has become a taboo topic after the events of the Second World War and Jewish moguls, who mainly controlled the film business in the US, were unwilling to portray their likes as notorious money-making criminal heads until the early 70s. With the war raging on the European continent, many gangsters went ‘corporate’ such as then infamous ‘Murder Inc.’, which penetrated all society independent of ethnic divisions. Instead of ceasing to exist as autonomous groups, Italian, Irish or Jewish mobsters became part of a faceless mass of criminals. Therefore, Munby quite fittingly assumes that Hollywood’s turning back to the ‘original’ Jewish stereotype-gangster in the early 70s derived from a sort of ‘nostalgia in history’. In a time of crisis, similar to the United States of the late 20s, with a state and society shattered by the decaying image of the American Dream, rising unemployment and political assassinations, American movie makers might have searched once again for ‘lost’ authentic identities. Well, the term of longing for ‘better times’ might not be entirely fitting when talking about organized crime, but at least regarding box office results. In the genres’ most recent project ‘Gangster Squad’, featuring Sean Penn as Mickey Cohen, Hollywood proves yet again to work according to the same marketing pattern: A classic crime boss with a ‘face’.