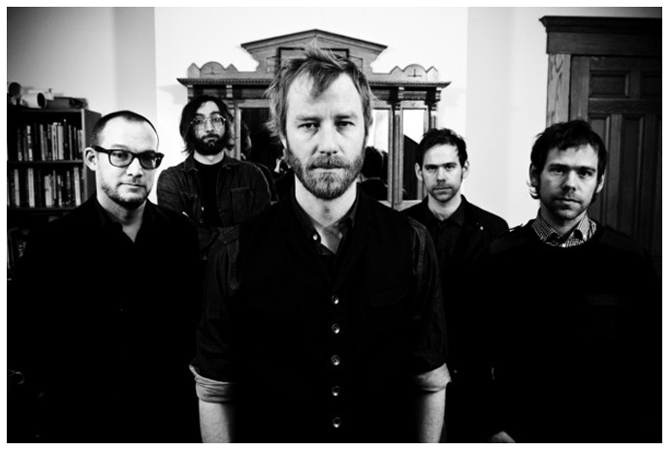 It must’ve felt quite surreal after a decade of being that talented sleeper, that clockwork bomb hidden in the shadows of groundbreaking fame. With the release of their fifth studio album ‘High Violet’ in 2010, ‘The National’ finally evolved from critic’s long-standing darlings into one of most celebrated rock bands at present, playing sold out shows all over the world. And their follow-up ‘Trouble will find me’ turned out to be barely less phenomenal. Longingly waiting for the new material to arrive, an announcement nearly slipped my attention: ‘Mistaken for Strangers’, a music documentary by Tom Berninger, who followed his brother’s band on a six-month world tour. Opening the prestigious ‘Tribeca’ in April, hopping from one independent film festival to another and receiving widely positive reviews, the project eventually appeared on the list for the ‘BFI London Film Festival’. Well, what a happy coincidence. 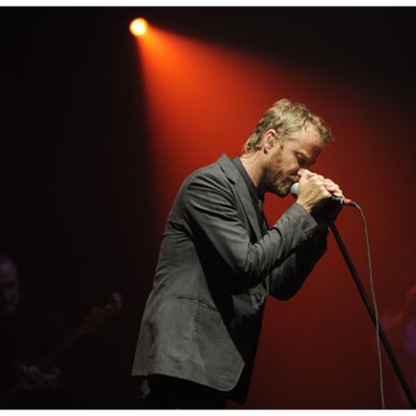 Everyone expecting a big budget documentary, elaborate tracking shots, crystal-clear HD-sequences, fancy interview locations and countless minutes of concert footage: Well, that’s not quite it. It’s not a film about The National and their journey to recent (well-deserved) success. In the first place, Mistaken for Strangers is a documentary about making a documentary, which soon after unfolds as a thoughtful and devilishly funny sketch of two very different brothers – the successful and the underdog – discovering their hidden similarities.
Tom is that chaotic metalhead in his early thirties, a creator of weird horror-slasher movies (you may have never heard of), still living with his parents in Cincinnati and thinks that indie-rock is pretentious bullshit that makes him think too much about himself. His brother Matt, slowly approaching 40 and adjusting to the lifestyle of a rock star, embodies the perfect antidote. ‘We are an odd couple’, Tom admits at the BFI Q&A-session. ‘He is the serious type, wearing these shiny clothes, drinking wine. I’m more of the easy-going guy.’ Sounds like 75 minutes of pure dynamite? Yes, indeed!

Soon after he’s invited to join the band for their High Violet world tour, Tom’s laid-back, haphazard attitude swiftly causes shedloads of trouble on screen – and certainly a lot of merriment among the people around me. Constantly filming without permission and any real concept in mind, he comes up with the weirdest imaginable interview questions that dare the band’s apparently infinite patience. More and more, Tom surrenders to the role of the disregarded outsider, scratching the surface of his ‘golden boy’-brother and reaching out for recognition. ‘I just want to make something good for him, as well as myself’, he adds in a brittle voice. Though things never turn out the way you expect: Repeatedly struggling with his duties as a roadie, Tom’s journey with The National takes a sudden end. His film project thus seems like just another sad chapter in a long chain of failures. In fact, it’s a fortunate clarion call. Back home in Cincinnati, faced with distant childhood memories, Tom eventually uncovers the tour’s true creative value. His idea of a rockumentary converts into a very personal piece about himself. Greatly uplifting and gloomy at times, Mistaken for Strangers brilliantly manages to balance between blissfully hilarious moments as well as a sincere and honest in-depth view on somebody who’s somehow trapped and tries to step out of the long shadow of his successful brother.