For the youngest dwellers of Zaatari, the world’s second largest refugee camp, there’s not much that brightens up their humble, troubled lives. Fleeing from the brutal civil war erupting in Syria and coming to this vast makeshift shelter in the forlorn desert wasteland of Jordan, even the smallest things are a welcoming distraction from their harsh daily camp routine. The recent visit of street art duo Herakut must have been like a dab of fresh paint in a world full of dust, distress and solitude, which entrench the imagination of the child refugees over the last two years. Invited by art charities AptArt and ACTED, Jasmin Siddiqui (‘Hera’) and Falk Lehman (‘Akut’) brought together young Syrians from the camp and Jordanian children from the surrounding cities to create these remarkable murals – and bring back those badly needed smiles on their faces. 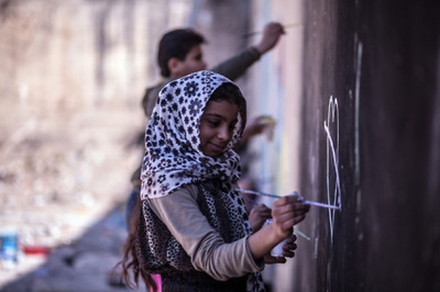 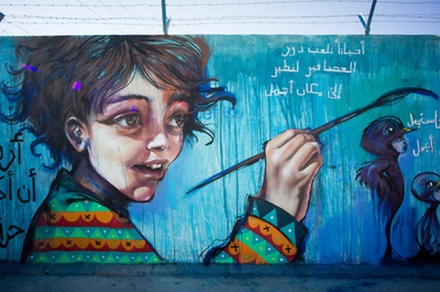