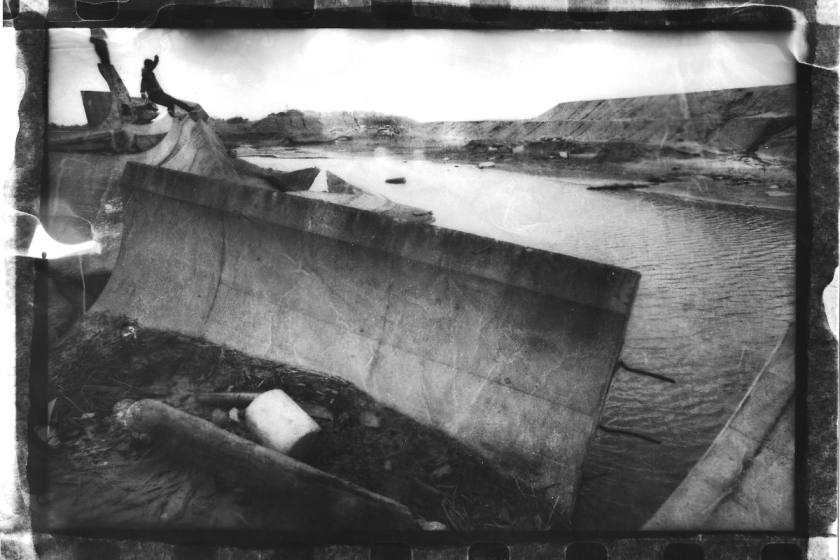 Up until a friend from Hamburg told me about an exhibition called ‘As something could be…’ a few weeks ago, I had practically no clue who photographer Sergej Vutuc is. Outright intrigued and eagerly browsing the web for his portfolio, my eyes fixated on the stunningly disturbing b/w shots he brought back from his trip to Japan. Fukushima, to be more precise. So I dropped him a line if he wants to do an interview for Wildland Mag. He was instantly hooked. After a lengthy back and forth between Scotland, Germany and the US (where he’s currently residing) we eventually pulled off an exciting Q&A that gives a short glimpse into Sergej’s upbringings, the way he understands and lives photography, the DIY culture, skateboarding and his fearless journey to the wastelands around Fukushima on the hunt for crazy spots. 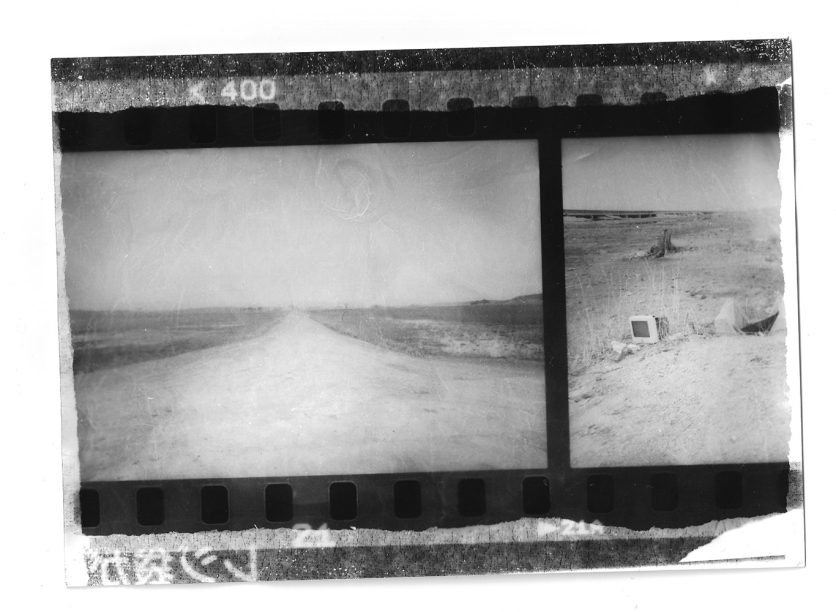 Hello Sergej, let’s start with a small introduction. Tell us a bit about yourself and how would you describe your photographic work? Well, it’s always the hardest thing to talk about yourself. I was born in ‘79 in a country, which doesn’t exist anymore, torn apart by the Bosnian Civil War, when people turned into beasts and killed each other for reasons I did not understand back then. Luckily I was living in Zagreb at that time and did not experience the war. During that time, I got in touch with music, becoming an active part of the Balkan hardcore-punk-scene, putting out records, creating DIY-zines and playing in bands with friends. It was basically about internalising old things and creating something new. All those things have been and still are a big influence on how I express myself artistically today.

On a tech-level, which cameras do you mainly use and why? For my trip to Japan, I mostly shot on 35mm film and occasionally switched to fish eye for shots with skateboard transition. Since I recently lost my whole setup, I am out and about with just a 20mm lense. In general, I am not too much into the technical aspect behind photography and I don’t like promoting a specific company here. It’s all about making the right use of your finger and heart, no matter if you’re working with a phone, analogue or digital cameras. Nothing lasts forever. 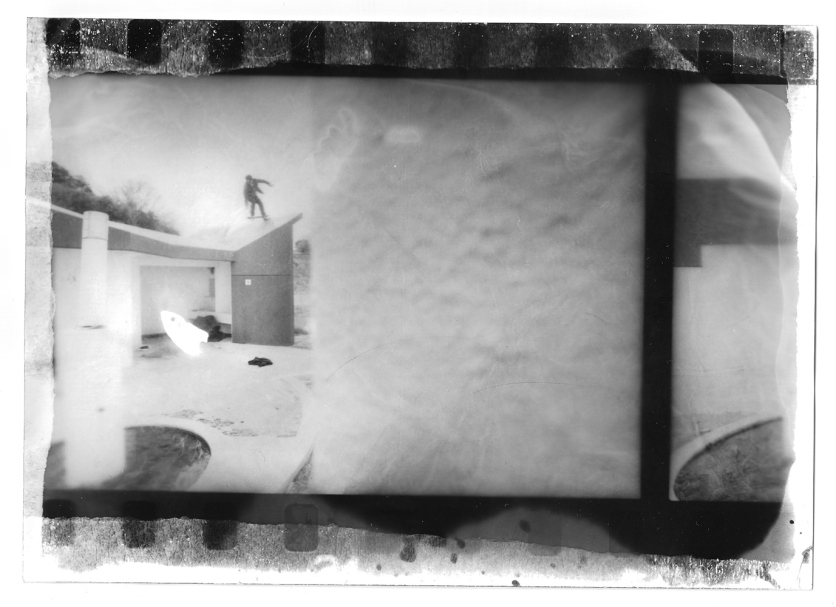 Who are your all-time favourite photographers and greatest creative influences? There are too many inspiring photographers to name here and I am always looking for new work, whether it’s in magazines, books or on social media. As my own work might reveal, I love the many forms of shadow and light.

The first time I stumbled upon your work was through the photographic series in the area around Fukushima. How did it all happen? Well, it all just happened rather spontaneously through the people I know in the skateboard scene over there. When I was planning to bring my ‘Coincidence’-exhibition to Japan, I was scared to go further north than Tokyo at first. Then I met Maru, the owner of Bridge Skateshop & Gallery, and after I got to know a bit more about the area, I decided to exhibit in Sendai, too. It’s a city that was heavily hit by the Tsunami in 2011 and is just 60 kilometres away from Fukushima. Maru was actually one of the first skaters, who went back to the area just a few weeks after the nuclear disaster. During my time in Sendai, we spend hours talking about the meaning of skateboarding, growing up as a kid and facing this whole new situation. In the end, five of us hit the road to Fukushima the next morning, exploring the areas around Soma and some other smaller villages. Nowadays, it’s a vast and empty, almost scary land. Some of the buildings Maru used to skate before are gone by now. Only by the seaside we managed to find some crazy spots to skate and film, like the huge old tsunami barriers. The closest we could get to the Power Station was approximately 16 kilometres.

You probably have a personal relation to nuclear catastrophes, growing up during the time of the Chernobyl incident in the 80s. How did you feel about going to Japan after Fukushima happened? I was afraid to go there. Knowing what happened in Chernobyl makes you think about your safety. That’s why I didn’t plan to go further north than Tokyo. When I talked to the locals, they assured me that radiation is not so dangerous if I’m just staying for a short time. When I was writing an article about my trip to Japan and the impact of Fukushima, I was wondering about the way we perceive the technology. There are so many nuclear power stations around the world, which have minor and major problems that are featured on the news and some never really surface. We point fingers at Japan at the moment, but it’s all around us. 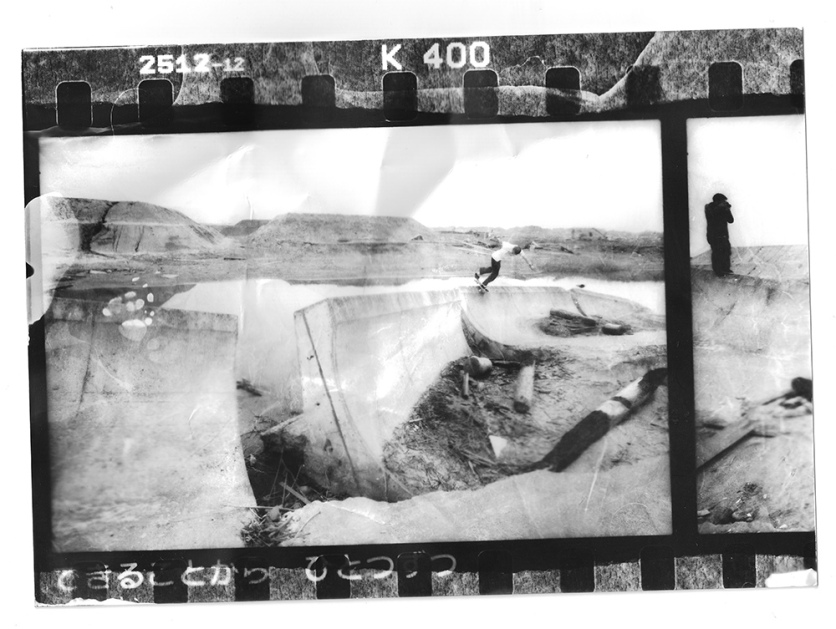 How radical did you feel people’s lifestyle change down there? When we arrived in the area close to Fukushima and saw the different cities affected by the catastrophe, sometimes there was nothing to see but a strange emptiness. The only things that told you that something must have happened here were sporadic destroyed and deserted houses close to the seaside. To me that’s some sort of political psychology. While damaged houses with bullet holes on the Balkan served as an alerting message to the population, Japan seems to embrace the future to wipe off any fear. That was a bit of a shock for me, although it’s interesting to see how humans are just trying to go back to their old lives, go surfing, fishing, planting rice and getting on with business. Life has to go on.

A unique part of skateboarding is DIY and the ability to turn everyday architecture into an obstacle. How did skateboarders down there adapt to the new surroundings? For me, skateboarding is a very interesting phenomenon. It’s the human wish to explore but also to adept to what’s out there. As you can see on some of the photos, people here are exactly doing that, e.g. turning those tsunami barracks into skate-able objects.

The adventures in Japan aside — is there a country you would like to travel to? It’s like a drug. When you start to travel around the world you want to discover more and more. Next on my list is South America, Australia and different parts of Asia. Wherever you go, there’s still a lot to see on this planet.

Any particular projects you’re working on that we should know about? I will take up residence in Chicago for the next 3 months and do different shows and artist collaborations around the US. Stay tuned!

Thanks for your time, Sergej! 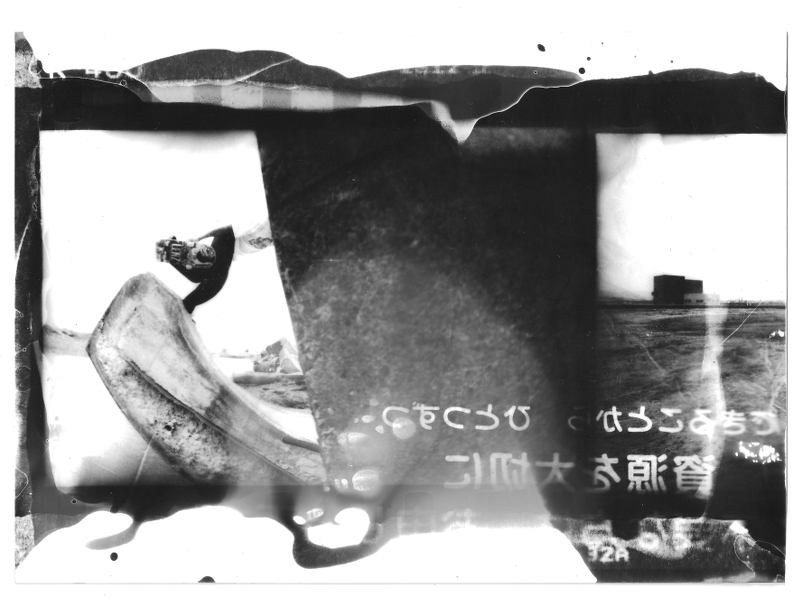 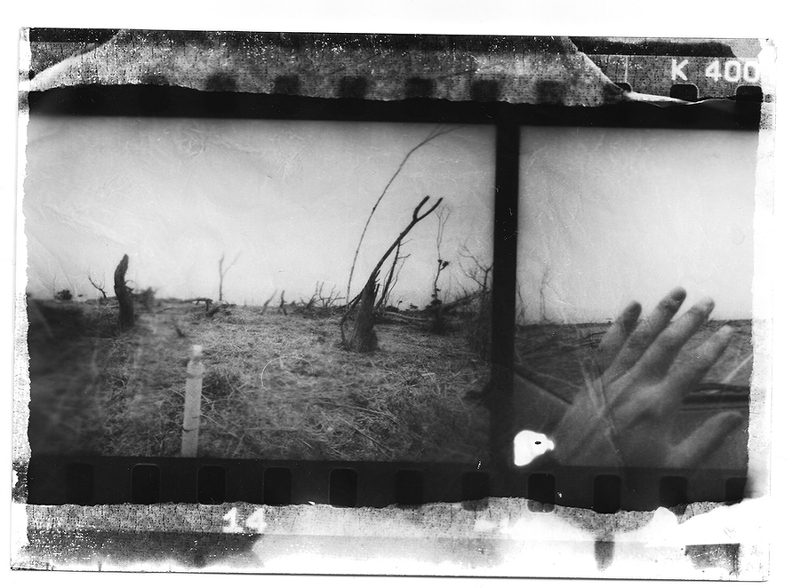