Of late, the topic of war is unfortunately as present as ever. It almost feels as if there’s nothing else the media is reporting about. Whether it’s the Ukraine crisis, the Syrian Civil War, the struggle for supremacy in Iraq or the Gaza conflict. It makes us realize again and again that visual media is a powerful tool, which easily influences how we perceive a situation of conflict, threat and peace. Do we only get to see the Palestinian suffering or do we just close our eyes from the countless Hamas rocket attacks on Israel on the daily broadcast? Do we buy Israel’s repeated self-defence claims or is the grueling seizure of Gaza and its horrendous attacks on civilians an act of war crime? True or false, it is a matter of perspective.
As part of this year’s Edinburgh Art Festival and the nationwide GENERATION programme, ‘The King’s Peace: Realism and War’ at Stills Photography questions the illusion of reality so easily achieved through the camera lens. Initially centered around Owen Logan’s brilliant photo-essay ‘Masquerade: Michael Jackson alive in Nigeria, 2001-2005’, the group show features a wide range of intriguing approaches by influential photographers such as Martha Rosler, Fred Lonidier, Adam Broomberg, Oliver Chanarin or Philip Jones Griffiths. Although coinciding with the centenary of WWI, the exhibition is not a celebration of bygone military conflicts, but a critique on warfare, its relationship with peace and influence on culture and society at home. On a different note, Stills curator Kirsten Lloyd aims to emphasize the significant role of an art gallery as a platform for discussion and debate rather than a cultural space entirely cut off from reality as some people might deem it. 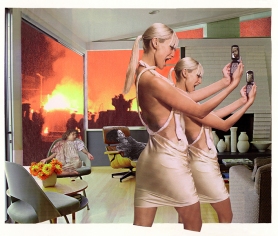 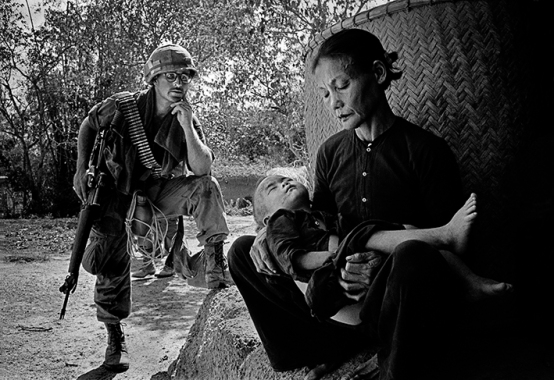