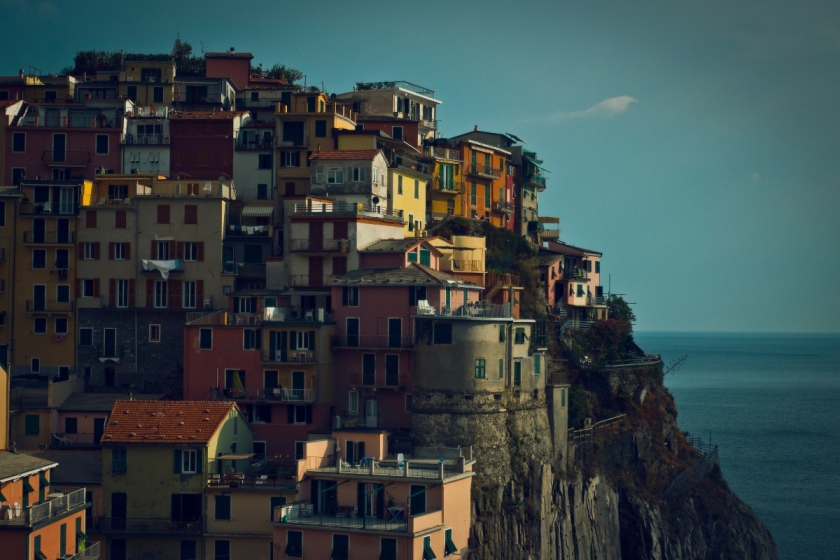 With a natural thirst for the arts, reading the culture and history of Europe at universities both on the continent as well as in the UK, I’d say I had a good shot at both ‘worlds’. When I started studying in London, the melting pot of cultures and nationalities, my very first lecture – called ‘What is Europe?’ – started off with a bang. Our small group consisted of some English, Irish, Scottish and one non-native speaker from abroad. Me. Entering the room, before even taking off his jacket, our tutor fired out the first question:

‘So, who of you considers himself or herself as European?’

A chuckle here, a murmur there. But suddenly, it turned pretty quiet in our crammed study room. ‘A trivial question’, so I thought, yet everyone started to look around with questioning looks. I could feel the stares, eventually. It was me, who dared to lift his hand. The only one. After having lived in the capital for only a few weeks, that was probably the moment I realised some people in the UK have a certain problem to commit to the European idea, however you might describe it. ‘Well, who could blame them?’, I swiftly wondered. ‘The Kingdom is not only geographically disconnected from the continent, while clinging to a crumbling Commonwealth, but also financially and somehow politically separate.’ Before I could even gather my own thoughts to comment, one sharp remark resonated the room:

‘Why should we?
It bothers me to be governed by a corrupt institution like the EU.’

‘Fair point. It bears repeating, decision-making in Brussels makes my head shake in anger sometimes. But the political body, that odd apparatus a lot of folks are dreading to death, isn’t really the issue for me here, it’s that cultural sphere we all share and have shared for centuries. A culture of similarities and distinctions people from Lisbon to Athens, from Edinburgh to Palermo bring into the mix and that makes us European. That doesn’t mean amalgamation in its common sense, rather cherishing the diverse forms of culture, whether it’s literature, art, music or even food. To me, that illustrates the real beauty of living in open-minded, colourful societies.’

‘And then again, there’s those who dismiss the idea of multiculturalism entirely, feeding the appalling rise of EDL and UKIP bigots as well as their anti-immigration and anti-European equivalents down South. It’s not 1950 anymore. Globalisation with all its merits and downsides is irreversible and sticking to excessive nationalism and social exclusion isn’t getting countries anywhere. As far as I remember, we had enough of fatal nationalism in the past that led to a great deal of misery and is threatening the peaceful coexistence again today, if we take a peek at current conflicts out there.’ While I was busy with my own notions, somebody raised a plausible counter question:

‘I already have a citizenship. Why should we need a second?’

‘Well, the answer is right there. Being European isn’t  so much about giving up one’s origin and committing to a factual citizenship, but a cultural affiliation to the European sphere. It is something that inevitably exists within us and becomes visible through our actions, which are influenced by the traditions, customs and habits we share with others. Something that a single passport can’t indicate, because it doesn’t fully grasp the concept of a shared cultural identity between a conglomerate of nations.  Certainly, that’s not everyone’s opinion. That being said, I recognise with growing concern that lately even back home there has been a minor development that goes beyond healthy patriotism or delight about great football results. Maybe it’s just me, but the way I was raised and educated, it’s probably easier to identify also with the overarching term ‘European’, because there is not a national pride as such in Germany anymore. I suppose living so far away from home and getting to know such a diverse mix of mentalities and lifestyles, plays another part in contributing to see things from different angles. If we take a step back, there’s something European behind every corner, people just have to discover it.’ And with my hand still outstretched, I began to clothe these thoughts into words.