I love magazines. And photography. And especially if both are refreshing and doing things slightly different than the average publication. So when I first read about ‘Photographer Writer Illustrator’, with a broad smirk on my face, I had to think back to my early childhood and a playful writing, saying or drawing game we called ‘Stille Post’ or ‘Chinese whispers’. Like in the early surrealist tradition of ‘cadavre exquis’, each kid added something to the composition by scribbling or painting something on paper, allowed to see only what the previous person has come up with.

Back in the here and now, yet with the same childish delight and curiosity I eagerly awaited, unwrapped and came to love that small delivery Miniclick recently sent up North. Formed in Brighton around 2010, the lovely photography collective has made its mark with free talks, discussions, workshops and exhibitions in a growing but still tangible local scene of like-minded people in recent years. And of course the creative team around founder Jim Stephenson yet got another ace up their sleeves: A series of photography books and small limited edition zines that experiment with different ways of looking at images and focusing on stories and ideas instead of kit and cameras. Well, exactly like the nifty publication I’m holding in my hands right now and that embellishes your screens.

So, all aboard and let’s get to the bottom of this small but mighty zine. With its eight exciting foldout stories, arranging the three disciplines side by side, ‘Photographer Writer Illustrator’ offers an interesting insight into the interpretation and interaction of image and text, presented in a way (at least) I haven’t seen in a publication before. While the photographer shapes the origin and chooses an image without any specific context or obvious narrative, the writer tries to surround the visuals with a unique short story or poem from his imagination, whereas the illustrator entirely relies on the written word to navigate his pen or biro on the blank page. It’s hardly surprising that this caters for one or another unexpected result. Actually, the story by Alma Haser, John Morrison and Angela Hadrill, did not only turn out to be my favourite cause of the amazing experimental work, but how its narrative developed into an utterly different direction as I anticipated from the initial photograph. 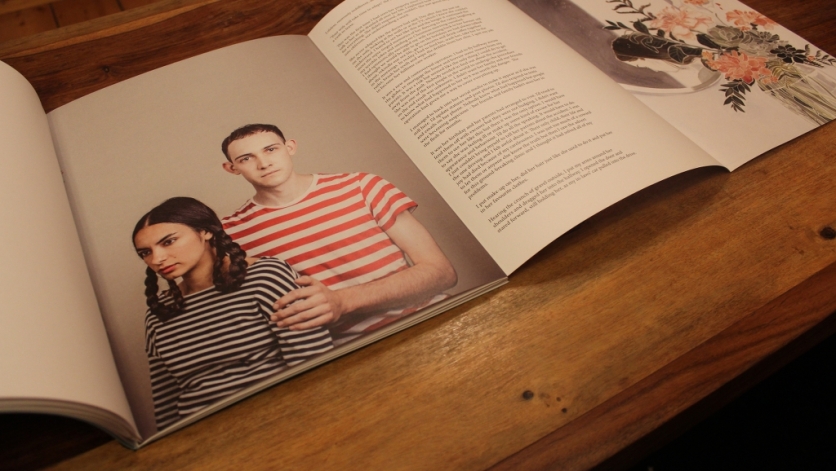 The first edition of ‘Photographer Writer Illustrator’ is already sold out, so if you want to grab one of the only thirty 2nd edition prints, better hurry folks! You can get it here.