I have to admit, I’m a sucker for a city like Amsterdam. Liberal, friendly, charming, lots of flowing water, a good music scene and people treat cyclists well, see them as given parts of traffic on the streets. No wonder Gus moved there. He is a tireless observer of the city and its inhabitants on two pedals and two wheels with all its little facets. Time for a chat with the man, who runs urban bicycle lifestyle blog Rolling Spoke. 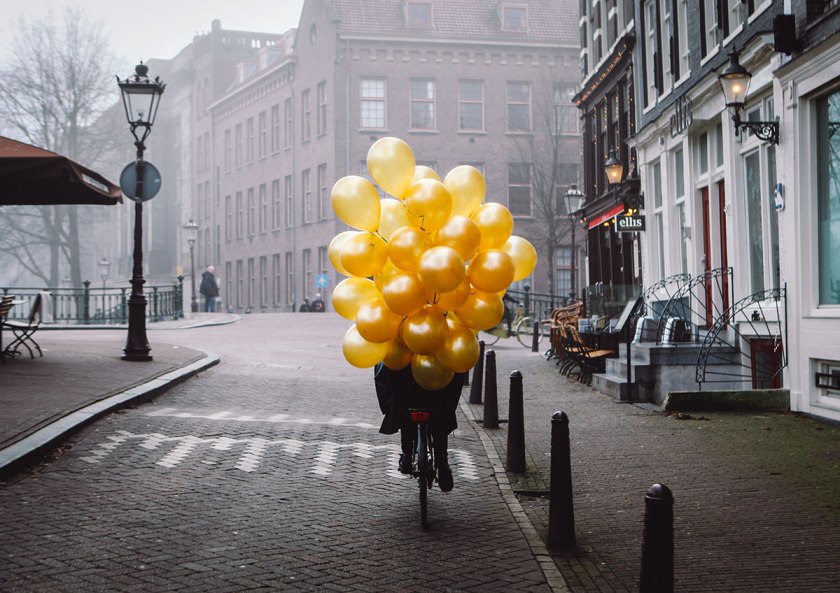 Hi Gus. Hoe gaat het? Please introduce yourself.
My name is Gus Kovac. I’m a Canadian from Toronto and I’ve been living in Amsterdam for just over 3 years now along with my wife, 2 month old daughter and our cat. I run a blog called the Rolling Spoke derived from the simple pleasure of riding a bike in the city.It began as a creative outlet with the intent to present an unbridled view of urban life on two wheels. I aim to bring a different spin on things by infusing my passion for street photography.

I know I know, I could probably name a handful very good reasons, but what made you move to Amsterdam?
My wife and I were looking to move abroad for an adventure. We’ve visited Amsterdam on a couple of occasions and absolutely fell in love with the city. The casual approach to living and a healthy work life balance was most appealing. She was fortunate enough to land a job here and was kind enough to bring me along. 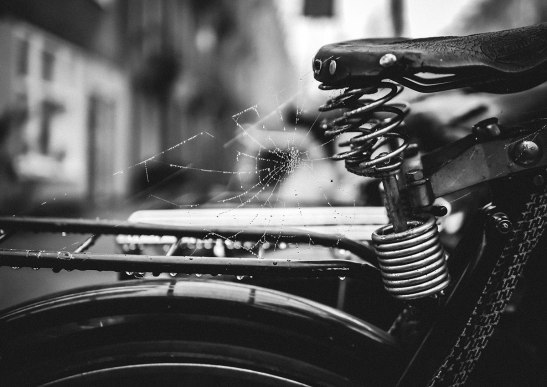 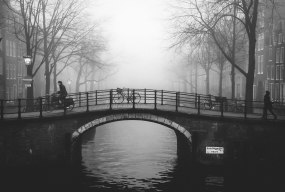 Can you see people’s affinity to their bicycles as an indicator for a slightly slowed down, relaxed way of life that dictates the flow of the city? Or is this a romanticised idea of Amsterdam and its inhabitants?
There is certainly a symbiotic relationship between the bicycle and the inhabitants of Amsterdam. I most certainly believe that it contributes to a relaxed lifestyle, especially when I contrast it to other cities I have visited.

Living with bicycles means that you integrate your daily habits while riding. This includes using your phone, eating a sandwich or simply conversing with a friend. I once noticed a student who was cramming for an exam while riding. Yet the stress of a commute is eliminated while still being engaged with the energy of the city. I find it liberating and the best part of living in Amsterdam.

Let’s talk tech: What’s your current setup (bike and camera)?
I own several bikes. Among them is a Brompton M3L, Cannondale Bad Boy, Cortina U1 and an eighty-year old vintage single-speed made in England. They all serve a purpose in one way or another. I also work on all my bikes but as a self-professed world’s worst bike mechanic, at least one of them is in an extended state of repair.

I mainly use two micro four thirds cameras for my photography. A Panasonic Lumix DMC-GX1 and DMC-GX80. I pair them with a Leica 15mm f/1.7 and a 25mm f/1.4 prime lens. I also use the Panasonic Angle Viewfinger with my GX1, making it an ideal choice for shooting while riding. On occasion, I bust out a Canon EOS 5D Mark II equipped with a 24-70 f/2.8 lens. 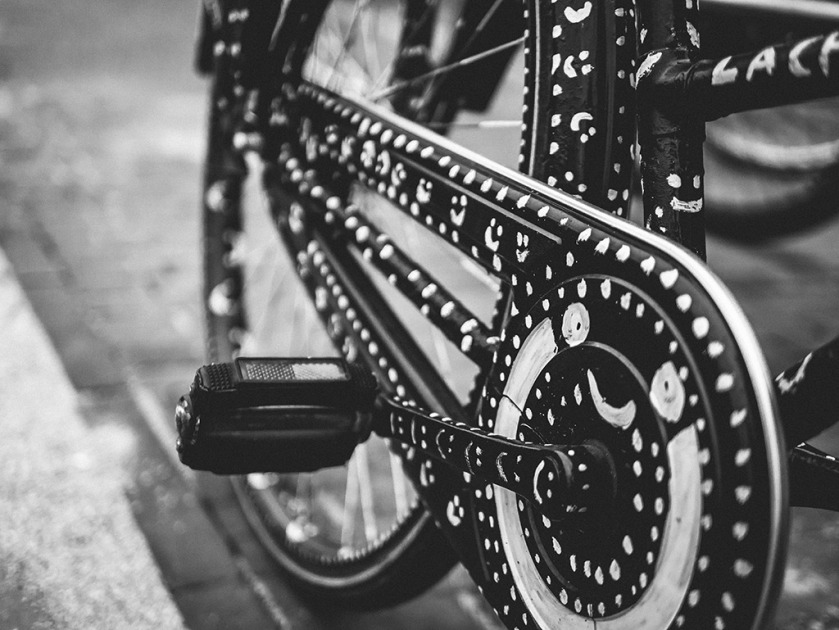 Do you have specific routes that you head down or places in town you’re ticking off or are most of your shoots spontaneous?
I have a general route that I ride but often deviate from it. This is sometimes influenced by the time of day, light and weather. I have things in mind that I like to shoot, especially if I’m working on a series. While I have my favourite spots, I really enjoy discovering new neighbourhoods and streets. It helps keep things fresh and it can spur ideas for later.
As a result most of my shoots are spontaneous. Especially since I’m often capturing people on bicycles, there isn’t much time to prepare for a shot. I like to think of it as fishing, some days I snag something interesting, other days I’m not as lucky. The only recipe for success is simply going out and putting in the time.

A short amusing Amsterdam story on two wheels you’d like to share?
I’m always losing things when I ride. In one week, I lost a lens cap, umbrella, brake pad, and my wedding ring (something you really don’t want admit to losing in Amsterdam.)
Miraculously, I found them all by retracing my steps, sometimes having to bike several streets back. By the same token, I’ve also returned things to other bicyclists, including two wallets and numerous toys and shoes dropped by kids riding with their parents.

Thanks for your time, Gus – ride on! 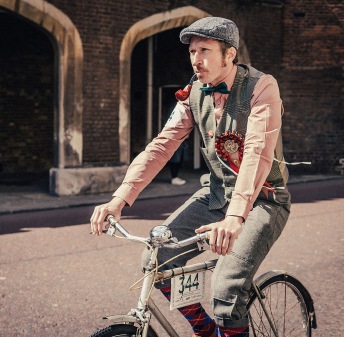